Thanks for the post, Vernon Lowe
Don’t knock it until you try it, that’s what I always said, so when I first had Indian food I was totally blown away. I know, I know, Indian food? Yeah, it’s that good! I ate my way through all the cookbooks I could find and then it hit me – why shouldn’t I start my own restaurant? I’ve always wanted to do something with food and the one thing my little town didn’t have was a really great Indian restaurant. So I got it all set up with a lender and I started construction on the space. I handled all the logistics in the background like going to HomeSECURITY101.COM/ and dealing with an accountant while the contractors built the place out and we’re set to open now in less than two weeks. I love the idea that pretty soon I’m going to be cooking all day and people are actually going to pay me for it – I can’t believe this is actually how my professional life is going to turn out!
Posted by Felicity at 11:35 PM No comments: 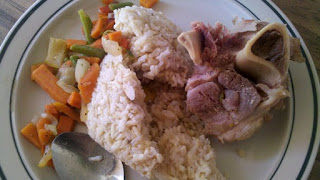 Yup, that's rice and ham! It's brown rice with seasoned vegetables and ham, the bony part with its fats. It was really good. I had it for lunch. I miss eating white rice. Since I got pregnant, I was hooked up with brown rice. I got used with the taste already. It's healthier than white rice so I gotta eat this. It is not really bad, if you are really used with white rice, you always prefer it than the brown one. Good thing I didn't get to eat white rice already before I got pregnant. Since we moved in to a different city, I couldn't visit my friends anymore. Thus, it prevented me from eating white rice most of the time. We filipinos eat plenty of it every gathering. So that's why I couldn't eat it always. I don't buy it too. I'm buying brown rice now. It was still good with the pork ham and vegetables. What a healthy meal!
Posted by Felicity at 11:28 PM 1 comment: 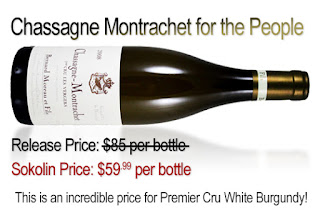 Looking for gift ideas? If you are attending a special occasion especially with a dinner, wine gifts are perfect! People always appreciate it and they get to taste and enjoy the tasty wine you have chosen as a gift. Everybody will have a taste of it and wine is also used to cheer on something, like the special event or the person celebrating the occasion. So if you decide on giving a wine as a gift, you can visit Sokolin.com to look for your perfect wine gift.

Sokolin has been selling wine for years. If you have a wine collection and you are interested in selling them, you can trust this company. They have been in the industry for 77 years selling private collections. They can give you a guaranteed price up-front with no extra or hidden fees if you work with them. But if you are just looking for a fine wine as a gift, you can visit their site and have a look of their finest wine. They have a variety of wine for sale, from different years like the 2010 Cloudy Bay Sauvignon Blanc Marlborough and the 2008 San Guido Guidalberto. Visit the site and you will find your perfect wine gift. They are priced accordingly. Check their prices and you won't believe it! 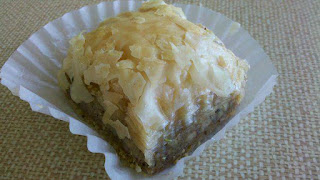 Hubby and I went one time to Super Tom's to eat lunch. As usual we ordered our favorite Pastrami Sandwich and fried mushrooms. Then I noticed these small slices of bread-like snacks on the counter placed individually in cupcake papers. So I asked the the lady what was it and she said it's Baklava. It was the first time I heard of it and she said it is a Greek favorite. She said it's easy to make too! It was for sale so I bought a piece for a dollar. When I tried it, it tasted like some of the Filipino snacks (rice cake, espasol and so on). It was not bad, I just didn't like probably how it was made, it was so greasy and the dough tasted like it was old. I wanna try to make one so I searched for the recipe and found this at allrecipes.com. I need to look for the phyllo dough since I haven't heard of it before. They say it is found in the freezer section of most grocery stores. So let's try if this tastes better than the one I tried.

Directions
Preheat oven to 350 degrees F(175 degrees C). Butter the bottoms and sides of a 9x13 inch pan.
Chop nuts and toss with cinnamon. Set aside. Unroll phyllo dough. Cut whole stack in half to fit pan. Cover phyllo with a dampened cloth to keep from drying out as you work. Place two sheets of dough in pan, butter thoroughly. Repeat until you have 8 sheets layered. Sprinkle 2 - 3 tablespoons of nut mixture on top. Top with two sheets of dough, butter, nuts, layering as you go. The top layer should be about 6 - 8 sheets deep.
Using a sharp knife cut into diamond or square shapes all the way to the bottom of the pan. You may cut into 4 long rows the make diagonal cuts. Bake for about 50 minutes until baklava is golden and crisp.
Make sauce while baklava is baking. Boil sugar and water until sugar is melted. Add vanilla and honey. Simmer for about 20 minutes.
Remove baklava from oven and immediately spoon sauce over it. Let cool. Serve in cupcake papers. This freezes well. Leave it uncovered as it gets soggy if it is wrapped up. 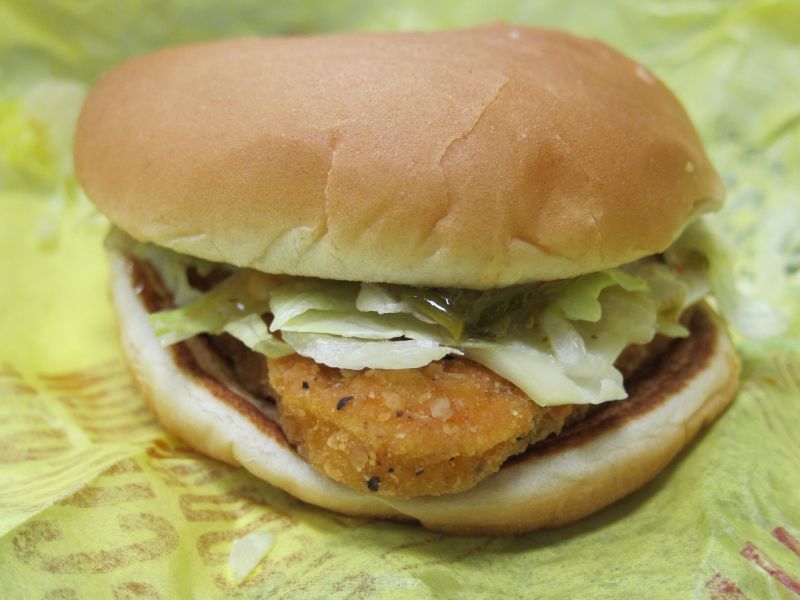 I have been a fan of McDonald's recently. I just started eating their Jalapeno Cheddar McChicken and I got addicted to it! It's the next best thing for me aside from In-n-out Burger with grilled onions. So almost every day, I ask my husband to drive thru Mickidee's and buy the JCM and fries with a large Caramel Frappe, my all-time favorite coffee drink. I guess, I still love hot and spicy food. This Jalapeno chicken sandwich really got me! You should try it too if you love Jalapenos. It tastes good with any cold drink. I suggest, eat it with fries and a caramel frappe. Hey Mc, better give me free JCMs!

Posted by Felicity at 1:05 PM No comments: 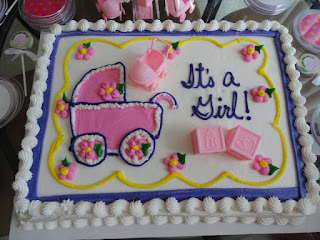 It was my second baby shower for my little girl. This time around, I didn't bake my own cake. A friend, Mary, hosted my shower and prepared this pretty cake for me. She bought it at Costco and added some baby stuff to it. Isn't it beautiful? A beautiful cake for the beautiful baby girl that will be arriving soon. This cake was delicious too. It has a filling which you can choose actually at the store which kind you want. I had chocolate cake before and decorated it with blue icing. Now it's pink since I am having a baby girl! Can't wait for her to come out. Anyway, thanks for the cake Mary!
Posted by Felicity at 2:29 PM No comments: 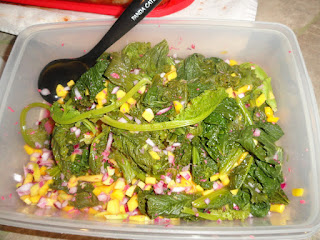 Hmmm... This is a good appetizer! You will surely love this. If you haven't tried "bagoong" (shrimp paste) yet, don't add it. But if you love bagoong, add some to it. This is a mixture of greens (lettuce), sliced mango, onions, tomatoes, vinegar and shrimp paste. You may add a bit of salt and pepper to taste. But the shrimp paste alone will give the salty paste and it is really good. My friend made this and it was the first time I tried it and I love it. She then always make it every time there is a gathering among friends. Try it and enjoy a tasty appetizer!

Posted by Felicity at 2:28 PM No comments: